Freezer Meals for a Large Family 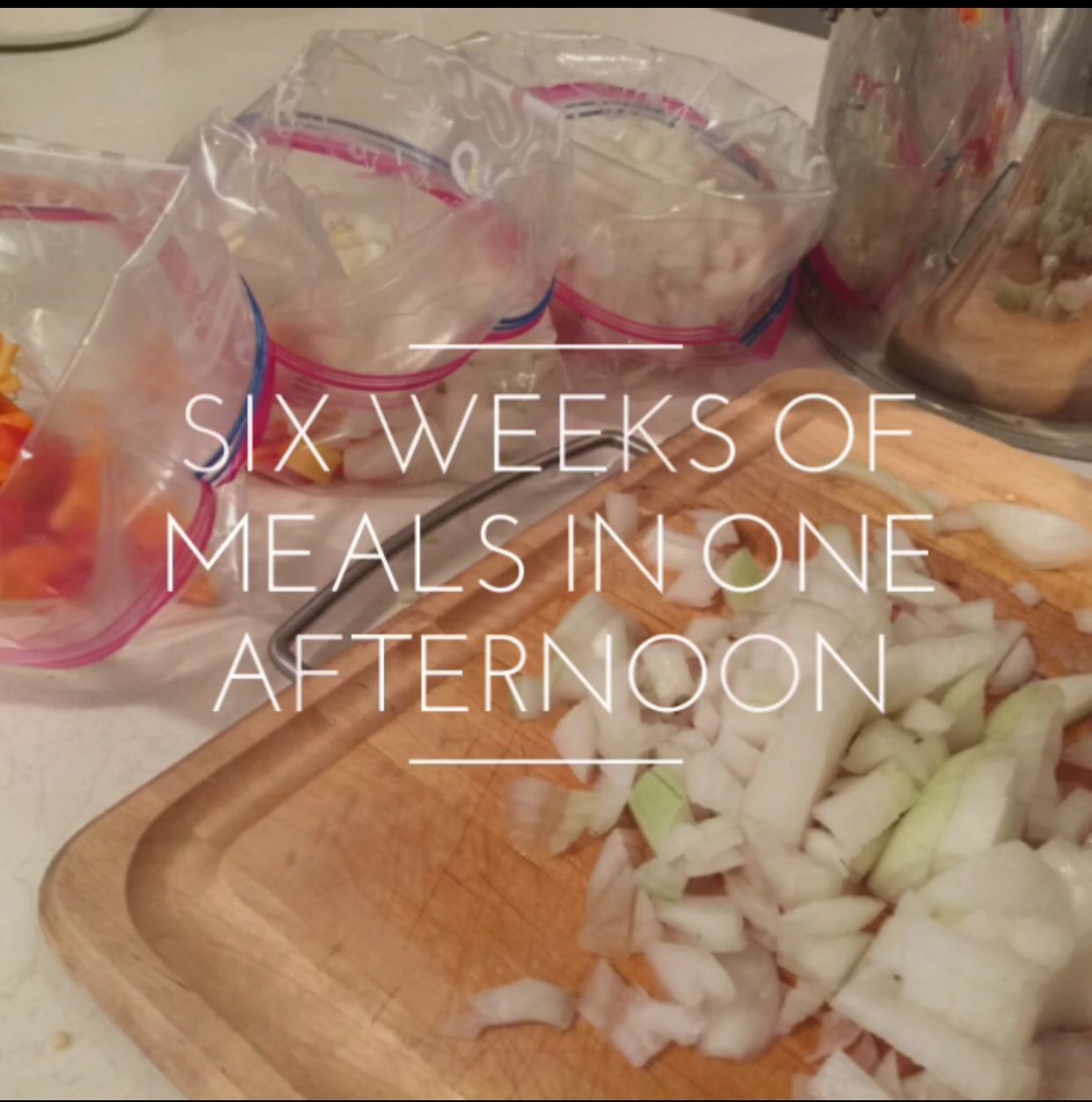 Freezer meals have been saving us for years Until recently, Jamin’s music studio and business were located in our living room. This meant we had clients coming in and out of our front door all day every day, and the kitchen was more or less off limits during business hours…which included dinner hour. It was during this season that I discovered freezer cooking, mostly because I was tired of eating frozen pizzas for dinner every night at 10:00 pm.

We are so grateful these days to have a different studio setup. But I still love freezer meals! I’m totally sold on how batch cooking makes meal prep faster and cheaper; I’d much rather make a whole lot of something one time than make that same thing over and over again every time we eat it. And the best part is, having a stash of freezer meals means that I have a planned menu for each day, which eliminates the daily “what’s for dinner?” decision.

Resources are everywhere; find what works for you.

For the first few years that I did freezer cooking, I had a Once a Month Meals membership. This was hugely helpful for introducing me to the concept of freezer cooking, and for finding recipes that worked well with bulk cooking and freezing! Their website did all the planning work for me, and provided helpful printables like shopping lists and labels for meals. The downside I found, though, was that almost all of the recipes were new for our family. This meant I was bulk cooking things my kids had never tasted before, and if your kids are anything like mine, you can probably imagine how that went down. We’d eat the first meal of the batch, several small noses would turn up, and I’d groan internally thinking about how many more of that same meal were in the freezer waiting to also be refused.

Another drawback I found to the pre-made menu approach was that a lot of the menus involved fairly complex recipes. The menus came with step-by-step meal-prep day instructions, and I’d get to the end of my meal-prep day and still be on step 2 of 12. I think in the ideal scenario, their website suggested having a full day set aside for freezer cooking, minus kids and other interruptions. However, my scenario typically looked more like a few highly interrupted afternoon hours, which was just not enough.

Over the years I found myself altering pre-made menus substantially, deleting meals I knew we’d hate, and substituting complicated recipes with more simple versions, which led me to just creating my own menus. I no longer do my cooking once a month either…a month is just too short! For awhile I did batch cooking once every twelve weeks, creating three menus and making each meal times four. That was a lot of meals and generally took me a few evenings to complete, but I loved how long it lasted.

My current system has become much more streamlined. Since we started homeschooling, we follow a “six week on, one week off” school schedule, and I do my freezer meals on one of our break week days. I make one single menu that we will eat for the following six weeks; something like this:

The kids like to get involved with the menu planning, which sometimes leads to strictly alliterative or rhyming meals, but also helps insure that I’m planning meals they like. Since we’ll be eating each meal on the menu six times, I want to be confident that I’m not going to have to battle small kiddos to eat said meal every single week.

How to plan a simple freezer meal menu With freezer cooking, menu is really key.  Here are some significant things to watch for when you’re planning which meals to include:

Here are some things that I’ve had good success with (find some actual recipes here on my Pinterest board!):

Label your ziploc bags before adding ingredients to them. Especially if a recipe is new to you, it helps to write the name and serving directions on the outside of the bag. That way you’re not on Pinterest every Tuesday searching for that recipe to remember the oven temperature.

Filling six open ziploc bags with multiple ingredients without spilling can be tricky to maneuver. These freezer bag holders are really handy for holding your ziplocs upright and open while you fill them.

Lay your filled bags flat in the freezer, trying to make each bag as flat as possible. Once your meals are frozen, the flat ziploc bags can be stacked on their side, which makes organizing and finding the meals you want a lot simpler. What about sides? In our current season, I add all veggies and sides just before serving. I do our shopping at Costco, and they have a super selection of bagged salads that we eat routinely, and pre-washed and cut veggies that are easy to throw in a steamer or in the oven to roast. I plan sides to go with each meal so I know what I’m shopping for each time, e.g., salads for Burger Wednesday or steamed green beans for Pad Thai Friday. My highest consideration in planning is whether I will be able to get the entire meal on the table in under fifteen minutes, but also of significance is whether I can prep all the pieces in my one prep day. Finding the balance to these two factors has taken some practice, but the pay-off has been well worth the investment.

JAMIN RESPONDS: Okay – so I knew freezer cooking was a thing and I knew you cooked in batches, but I had no idea how involved and deliberate it was. I just thought you did a whole lot of cooking at once to save time and hassle…which would have made it a great idea on its own, but the thought and planning that you put into this is really impressive! Just another reason I think you’re so awesome. I assume there are a ton more of these that I don’t even know about that I’ll get to discover.

Searching is in progress